The doing and not-doing

Sei-ki is the name given to his art by Kishi Akinobu. He was a consummate practitioner of Shiatsu and devoted himself to learning and perfecting the methods of his teachers. He gained his Shiatsu license from Namikoshi’s school and was the top disciple of Masunaga. His is one of the strongest lineages in Shiatsu and, in the correct manner, departs from it in order to remain faithful to its essence.

Shiatsu was renewed through his personal study and realization. He called this renewal, Sei-ki or Sei-ki Soho. Sei-ki is both the pinnacle of Japanese Shiatsu and different from it. It is not, as some would say, a style of Shiatsu.

Sei-ki, the Way of Touch, is a space in which to remember who we are and return to our original condition. Its value to our health is unparalleled, yet it is not medical. You could say it is medicine, in the way that a good holiday can be medicine. This is not the same as being medical. Sei-ki is an art.

Sei-ki is difficult to understand and describe because it reaches toward the unknowable. It operates in the space of possibility between the known and unknown, the conscious and unconscious. It steps outside the medical way of thinking and promotes health in a much wider sense. It invites us to find wisdom. Wisdom is different from intellectual knowledge.

Words will always be inadequate in describing this kind of knowing. But trying to say what it is, can bring Sei-ki more into the conscious world and keep it alive. In Zen, the student is tested verbally, although what is being tested cannot be spoken of. When we say something true, it grows. If it is not true it withers. So speaking is allied with bringing knowledge into the world and into touch.

In the middle of a demonstration, Kishi would often show a point and say something like, ‘nothing to do here’. But what does this mean?

This article looks at the doing of not-doing in Sei-ki.
Sei-ki fosters no-mind through the not-doing of touch. This is immediately a problem for our intellects, because ‘Touch’ is a verb which we associate with doing something.

Not-doing is related to the aim of no-mind that we find in Buddhism in particular, and in all spiritual traditions to some extent. Brief moments of no-mind may be had by anyone at any time, through chance or effort, but most of us, for most of our lives, are locked into seeing the world through the personality and ideas.

This is so difficult for our intellects to grasp that not-doing in Sei-ki has been widely misunderstood. Trying to not-do is contradictory and people tie themselves in knots, trying to not try. Students often settle for vague touch rather than risk being accused of doing something.
This comes with many fears: that the receiver will be unhappy; that I should be ‘doing something’, that they won’t feel anything, that I don’t know what I’m doing….. In any case, it is not Sei-ki.

Yet, this not-sure-not-doing is an important stage in learning Sei-ki. It takes tremendous courage to try and this courage is powerful. It is vital to plunge into this uncertainty if you are to learn the art of Sei-ki.
But since we only have doing as a template for understanding not-doing, even imagining not-doing is a stretch. It is not just a play on words. It is mind-bendingly hard to imagine the opposite of all our doing and it is impossible to ‘do’. Not-doing is not a type of doing. We go through stages of subtle doing and call it ‘not-doing’ before we experience real not-doing. We must be vigilant to catch ourselves in this sneaky trick. Even the most minimal doing is still doing.

Added to this is our impoverished experience of touch. If you have never experienced Sei-ki touch, then how would you recognize it when you find it? This is an underestimated problem. The degraded quality of feeling, emotion, touch and relating, brought about by the universal trauma of the human condition is so widespread that it is normal. The situation is far worse than we think.
It is so bad that, even among manual practitioners, we mostly experience only the idea of feeling and sensation rather than actual feeling and sensation. Most of us need to begin by experiencing real doing. Trying to run ahead to not-doing is premature.

First, in Sei-ki, we learn real doing by learning real feeling and real sensation, separate from the meaning we give to it.
It is worth noting here that not-doing must not be confused with doing-nothing. There seems to be a trend in Sei-ki, especially since Kishi’s death, of emphasizing subtle, light touch and staying still to encourage people to feel more. This is valuable, perhaps essential in order to train people in actual feeling and not just the idea of feeling. But Sei-ki should not be confused with not-doing. Not-doing is nothing to do with whether there is action. It is not a kind of immobility.

There is a great deal of doing involved in most Sei-ki. The client arrives and the business of getting ready is done. You move towards the client. There is doing in finding the right distance, the first point. You choose to watch, to touch, to listen, to engage. Certainly, at the beginning and for a long time, this involves will, choice, action.
The session is framed by degrees of willful doing and this holds the space in which surrender can be invited. Surrender can only be invited – it cannot be done. It comes to you; you can only set up the conditions for it and intend it. There is a paradox here: while you usually must actively invite surrender, that which is surrendered to comes off its own accord.

You are the hunter; you lay the traps with care and intent and then wait. But the rabbit comes to the trap itself. This is nothing to do with you. This is getting closer to not-doing.
This doing, using the will, is necessary at the start of learning Sei-ki but falls away with experience. Learning Sei-ki takes time. The balance between discipline and surrender shifts from the former to the latter over time. The shift from doing to not-doing shifts too. Surrender and not-doing are related.

Another aspect of not-doing is that, when you recognize another person, you also recognize that there is nothing to do to them. There is only something to do while there are ideas. In not-doing, there are no ideas.
For instance, if I diagnose a problem, this suggests I intend to do something about it. Problems require fixing. Naming it also creates a separation between you and them. This is inherent in medical diagnosis. But if I recognize another person with the attention of my hara, not my head, there are no ideas and no judgement; no need to fix.

‘Hara’ is often understood as the dan tien, the lower abdomen, the proper centre of gravity. It is described as geographically located. Yet it is much more than this. Through hara development we dislodge the mind/ego from its importance in creating meaning towards the non-intellectual knowing of hara. This knowing is wisdom.

Not-doing is not a medical technique or alternative way of fixing people. In ‘ah, I see’ (a sou ka) comes the knowledge that there is nothing to do. This is not a kind of pointlessness as in, there is no point in doing anything. It is that there is, finally and completely, nothing to do here. In fact, it may come with the hilarity of seeing that all our doing and fussing and worrying is nothing in the face of reality.
This requires skilled observation, which is what Sei-ki trains. In the observation of how things really are, there is change because there is already change which we are now conscious of. You cannot achieve this as a technique. You cannot trick change by seeming not to do anything while in fact trying to make things change. This is what sophisticated approaches to therapy attempt. That approach is based on the idea that we, humans, are separate from reality and better than it. It is based on the idea that we can affect how things are in their basic reality. This is madness; we have no idea about reality. We only see a tiny fraction of it. We must genuinely give up trying to make a change. This cannot be done as a technique. We must reach a point of thoroughly giving up; maybe even despair.

Sei-ki is not therapy. The results look like therapy because we reconnect with our freedom and feel better. We could even say it is therapeutic, but that does not make it therapy.

Sei-ki requires not just this understanding but the embodied knowledge that making a change is neither possible nor relevant. And yet the endeavour to know is vital. Even in the face of insurmountable barriers. At the point of recognition, of ‘ah, I see’, is a little leap of joy in seeing and being seen. This is not-doing; not because you suddenly stop doing something in order to not-do, but because there is nothing to do.

If you apprehend a sunset, it is not as though you are doing something to it, or that it would even occur to you that it might be in your personal power to affect it in some way. You may suffer because you cannot keep it and hold it, but you do not set up elaborate strategies to impress yourself upon it because you know that would be crazy.
With each other, however, we practice willful ignorance. We are under the illusion that we can capture and change. It is our condition that we do not recognize the truth. Why would touch be different from any other relationship?
And all that is still not quite not-doing. Not-doing is a quality of attention and touch. Attention is touch. It is a kind of openness through which reality can enter. Reality is the medicine we want.

Autorin: Alice Whieldon is co-author of Sei-ki: Life in Resonance, the Secret Art of Shiatsu 2011, Kishi & Whieldon, Singing Dragon, London. She presents Sei-ki workshops internationally and has a private practice in London, UK. In addition, she is a practitioner and teacher of PASE (Partner Assisted Self-Enquiry) offering Mind Clearing, Enlightenment Intensive meditation retreats and Emotional Trauma Release. She has an academic background in Philosophy, Theology and Religious Studies, is a tutor in the Faculty of Arts with the Open University and a Senior Fellow of the Higher Education Academy. She founded Living in Resonance in 2018 to bring together approaches and people dedicated to awakening. 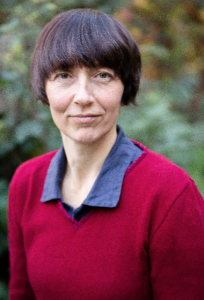 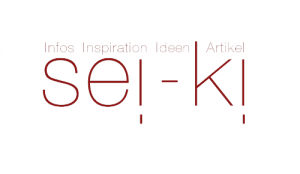